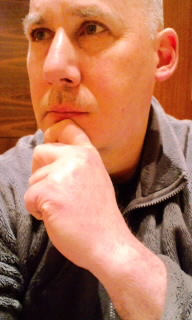 What is your book about?
Seeing is believing, and when Carl Thornton, a seventeen-year-old UFO enthusiast and high school nerd, sees a double of his homeroom teacher, he knows that something is not quite right. Then again, he lives in Rachel, Nevada, an area known as "UFO Central".
Formerly from Chicago, he came to live with his alcoholic uncle after the untimely death of his parents. His fondest wish is to gaze at the stars and see a UFO.
Wish granted on both counts, as he meets Grace Paxton, a high school junior, and a recent transfer student. Through a series of circumstances, he discovers that Grace is a shape-shifting alien, a Theriantan. Once he's with her and her people, he learns the real reason for Area 51, the secrets it holds, and the danger that lurks beyond.
What inspired you to write this book?
I’ve always loved science fiction and fantasy, and I always wonder “What if?” Stories about aliens coming to Earth aren’t new, but I think the twist I gave to this novel—the aliens have been living here for quite a while and they’re the ones who’ve been causing the crop circles and sending pictures of UFO’s and aliens and whatnot, sort of their inside joke—is what gives the novel a unique air.
The general public is also fascinated with the idea of discovering alien life. Movies and books are in the hundreds if not the thousands, and I wanted to do something a bit more personal. This novel is it.

Who is your favourite, and least favourite, character in the book?
My favourite character is Carl, the main character. He’s a bit of a geek, a nerd, but basically very decent, if somewhat naïve at first. In a way, he’s a lot like me—but younger.
My least favourite is the character of the evil Lieutenant. I wanted someone obsessed with detail, cleanliness and order, and someone who was deeply paranoid. In other words, a total jerk NO one could relate to. And the fact that everyone hates him shows me I’ve done my job. J

What draws you to this genre? Do you write in any other genre?
I always think “What if?” I always wonder about life existing elsewhere, what it would look like, how it would think and feel, and I realized that emotions are universal, as are the concepts of friendship and love. Writing S/F allows my mind to go free and I can imagine and dream up any world and characters I like.
I’ve written primarily YA Action/Fantasy. Although, as of late, I’ve had a romance novel published, Picture (Im)perfect. It’s the story of a young man who falls in love with a transgender girl. Very offbeat, but a subject I thought worthy of writing about. Trans-people have received a lot of negative press not due to any fault of their own. A friend of mine—the person I dedicated the novel to—is a transwoman, someone who’s friendship I value highly. If that novel can help people understand the trials and tribulations the LGBT set have to go through on a daily basis, and empathize with their struggle, then perhaps that’s a good thing. Acceptance begins with understanding.

Tell me about you and what drew you to writing? Are there any authors who inspired you to become a writer yourself?
Something my older son mentioned to me once, about five years ago, something about a talking tree, gave me the initial idea. I had a dream, a very vivid one, and that provided the impetus to write The Tower, my very first novel. It wasn’t that great, but it did get me started. I’d like to think I’ve improved since then. J

Other than your own book, what is your favourite novel?
This is a good question, and I’d have to say Gone South, by Robert McCammon. I’d read his earlier works—horror, mainly—but this one was special. I loved the way he set up the action, the characters, and the conflict within the novel. For me, it was and remains the perfect read.

Have you written other books we should know about?
Some of my better known novels are the Catnip trilogy, novels that deal with transgenics. Action and romance abound in them. I’ve already mentioned Picture (Im)Perfect, and Mr. Taxi is another S/F novel I’m very proud of. The links are below.
Catnip
Rise of theTransgenics, Catnip 2
Revolution, Catnip 3
Picture (Im)perfect
Mr. Taxi

If you could advise aspiring writers on only one aspect of authordom, what would your advice be?
If I could give advice to anyone, I’d say stick with it. Get your idea and write! Make time, give up bar-hopping or television, and focus on your story. Lots of people have great ideas, but very few act on them, and even fewer carry through on their initial idea. You have to want to write like an alcoholic wants a drink. You have to want it like you want to breathe. Start—and don't ever stop.

How can we find out more about you? 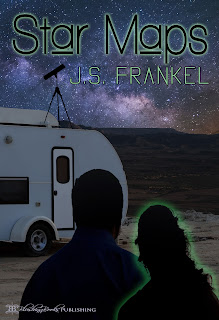 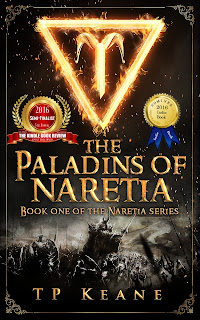