Author Spotlight: Brian G. Burke
In this week’s author interview, I meet up with bestselling Irish author, Brian G. Burke and discuss his novels, The Other of One, a fantasy trilogy.


What is your book about?
The Other of One is a dark fantasy based in rural Ireland at the turn of the 20th century. It’s about a boy named William Muldoon who gets summoned to a mythical world underground. There he meets a community of fantasy beings who tell William that he is actually the reincarnation of Mysun Margyle, the only known guardian in existence that has the power to confront their eldest nemesis, Drevol Briggun.
Book one follows William, and his merry band, into the heart of Lythiann’s darklands in search of Mysun’s old sword; the very artefact which could awaken the hero within. Along the way, they clash with (and befriend) all sorts of dark and wonderful creatures. Meanwhile, William learns more about his mysterious past, present, and even his future.
In book two things get much darker. Frightening visions of William’s future come to light as a shadow of mistrust and betrayal holds sway over his group. All the while, young William is finding his journey harder and harder to deal with the closer he gets to Briggun’s lair.

What inspired you to write this book?
It actually happened by accident. I went travelling for a year with some friends, and when I was away I started writing a fantasy story called “Kaddareth”. I was really getting into it, so much so that I cut my trip short by 6 months to come home and concentrate on it full-time. I even enrolled in a creative writing course so as I could give it my best shot.
Then, one day we were given a 1,500 word assignment where we had to write the intro to a novel. So, I started writing this story about a young boy from Ireland, named William Muldoon, who was suddenly summoned to a magical kingdom underground.
3,000 words later, there was still no sign of me letting up. I was enjoying every second of this new story, even more so than Kaddareth. So, I ended up scrapping Kaddareth in favour of this one, which became The Other of One. Strange how some things pan out.

Who is your favourite, and least favourite, character in the book?
That’s a tough one. Not to sound corny, but there’s a place in my heart for all my characters, in one way or another, good or bad. I don’t want to go into spoiler territory here either — with book three yet to be released — but, so far, I’d have to say that Icrick Tum is my favourite character. He’s a kind little furry chap, whose help is absolutely unconditional. We need more of that in the world, I think. As for my least favourite, well, Briggun is the epitome of everything we detest and fear in this world. He instils despair and sadness just for the sake of it. It thrills him, you see…no other reason. He doesn’t do it for wealth or cause; just to fulfil his own sick desires.

What draws you to this genre? Do you write in any other genre?
Fantasy has always been a huge draw for me because it’s one of the few genres where you can place multiple categories under one banner. You can incorporate elements of magic, action, horror, tragedy, comedy, romance, war and spirituality all in one and get away with it. You can be as weird as you like and it’ll still work because, well, fantasy is expected to be “out there”. I can really let my imagination run wild which is why, above all, I like to write fantasy.
That’s not to say I wouldn’t like to attempt something outside of the genre. For instance, I have an idea for a story involving the racial divide in America back in the 70’s, which ends up in murder. I’d really like to tackle that one, sometime.

Is this a standalone book, or can we expect more?
The Other of One is a trilogy, part three of which is due out Christmas 2016. Books one and two are already available on Amazon. As far as “expecting more” is concerned, all I can really say is that, the more my world grows, the more ideas I have…and who knows where that could lead (wink-wink).

Tell me about you and what drew you to writing? Are there any authors who inspired you to become a writer yourself?
I’ve always loved writing. From as far back as I can remember. I always found it to be a great release and an ideal way of getting out of my own head for a bit. It’s like anything creative, or anything you’re truly passionate about — once you invest yourself in it completely, then nothing in the outside world really matters.
People automatically assume Tolkien to be the main inspiration for my stories; for The Other of One, in particular. And he definitely played a part. But I’d have to say that the likes of Stoker and Hill are probably my main inspirations. They could spin out an entire paragraph, without stopping, and make it sound like poetry. Incredible!

Other than your own book, what is your favourite novel?
Apart from Dracula, I’d have to say The Hobbit. Either that or The Woman in Black. Love The Woman in Black. I’ve read those multiple times. You have to love Roald Dahl, too. I mean, who doesn’t love hearing about those two Twits or George’s concoctions? It’s the kid in me talking, I guess.

Have you written other books we should know about?
Just this trilogy, so far. That and a few short horror stories which can be found on my website/blog. Some authors can bang out 4 or 5 books a year, and more power to them. Me, I’m quite a slow writer. Besides, loose ends, I hate them. I need to figure a story out completely before pressing ‘publish’, and that takes time. Forcing myself to get something out there, just for the sake of it, takes all the enjoyment out of it for me.

If you could advise aspiring writers on only one aspect of authordom, what would your advice be?
Simple. Write first, edit later. If you have a story in your head, and you know where it needs to go, then you literally need to fire it all down on paper. Don’t think about it. Forget how it sounds. Then put it away for a few weeks before returning to it with fresh blood, and start editing. I learnt this the hard way.
At the end of the day, an author is always learning. Our styles, however subtle, are ever changing, so we’ll never be completely happy with how our work reads. We are our own worst critics, and this can be a curse if we’re not careful.
So jot it down, take a break, review your work, then edit, and when you’re done editing…publish and forget about it! Otherwise you could be stuck rewriting the same story over and over again, ‘till you’re old and grey. Not good. 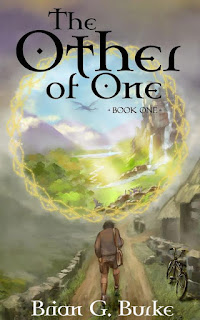 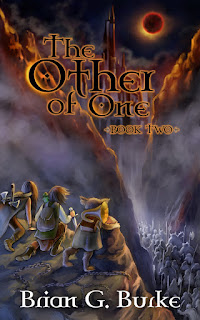