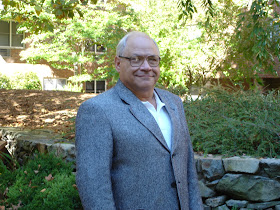 
Tell us about you and your book.
I am a retired businessman who lives in Western Pennsylvania, north of Pittsburgh. I began writing more than fifteen years ago. I have written two, complete, adult novels, each more than 300 pages and 100,000 plus words. I am a college graduate with a BS in chemistry and an MBA.
During my working career, I wrote reports, procedures and manuals and I knew I could express myself in writing satisfactorily. After I began some creative writing, I joined a writing club, bought as many writing text books as I could find and subscribed to writing magazines. I attended writing conferences in Chautauqua, New York, Pittsburgh, and Hershey, Pennsylvania.
Cristo's Chronicles is a trilogy, and since the original publication of Book One in print, I have added it as an ebook to amazon. In the last two years, I completed the trilogy on amazon by uploading Book Two The King's Spies in May 0f 2015 and Book Three the King's Emissaries In October 2015.

Cristo, an orphan boy, has grown up in the court of King Adolphus. Lord Allard, the King's wizard, makes Cristo his assistant in a quest to perfect a water clock and use it to set up a calendar. Duke Nextor, the King's unscrupulous rival, and his wizard, Boltair, are also intent on developing a calendar. They have dispatched Grigor, a peasant boy, to spy on Lord Allard's work. The two young boys join together, and the action becomes a race between the two forces to acquire the strategic advantage of a new technology. A particularly tricky feat concerns recording data in a world without counting system or written symbols. Lord Allard's solution to this problem results in developing the earliest tools of timekeeping: a bead calendar for recording the readings of a water clock and a shadow clock, the precursor of a sundial.

What inspired you to write this book?
As I said in my bio, I started out with adult novels, but, after being unsuccessful in getting them published, I decided that my writing lent itself more to a younger audience.  I originally started out to write a nonfiction book about gravity, time, pi, and other science oriented subjects, but this idea started to gel in my mind and I just followed my instincts.

What draws you to this genre? Do you write in any other genre?
My basis in science led me to write this to draw attention to a young audience that many of our ancestors were very smart people who faced immense challenges to understand nature. My previous two attempts were adult novels in scifi and horror.

Is this a standalone book, or can we expect more?
This is not a stand alone. Book Two and Book Three are now complete and available on amazon.

Tell me about you and what drew you to writing? Are there any authors who inspired you to become a writer yourself?
I was drawn to writing because, as I said in my bio, I wrote all kinds of professional documents and knew that I had at least the basic skills. My challenge was to learn the intricacies of generating tension, presenting POV in a proper manner, and actually learning how to write dialogue, something I had never done. I don't have a favorite author, but I am drawn mostly to nonfiction, science oriented books.

Other than your own book, what is your favourite novel?
I don't have a favorite novel as my reading preference is non-fiction. My favorite book Is "The Making of the Atomic Bomb" by Richard Rhodes.

Have you written other books we should know about?
I have written a scifi time travel novel entitled "Timespanners" and a modern day vampire novel called "Nocturnal Domain."  Both are unpublished.

If you could advise aspiring writers on only one aspect of authordom, what would your advice be?

Whenever I talk to anyone concerning writing, I always encourage them to do it. Even though I have a published novel, it has not been a literary or economic success. That causes frustration, but I have thoroughly enjoyed all the book signings and the satisfaction of just completing a literary work. The reward is personal.

How can we find out more about you? 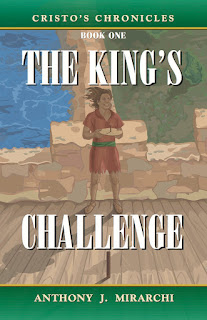